Early November 2004. The Bright Angel Trail, Grand Canyon, Arizona. Steve and I raced against time. No, we weren’t trying to save the world from nuclear apocalypse or save a kidnap victim from certain death.

We raced against darkness as we hiked up the Bright Angel Trail from Phantom Ranch.

It’s a ten-mile hike with eight miles of it over 4,300 vertical feet. In other words, a long hard day. The general rule of thumb for this trail was to take the amount of time it took to hike down and double it for the hike up.

Which meant twelve hours ascending with only eleven hours of daylight.

Not good when a misstep in the dark on some parts meant a fatal fall.

I barely slept that night. Then, as light began filling the bottom of the canyon, we broke camp, shouldered our packs and set out. Our legs and hiking poles pumped like pistons. When we reached Indian Gardens, the halfway point, I paused and gazed over the terrain. Wow. We’d come so far. Looking back encouraged me.

This is my two hundredth blog. I began blogging on a more consistent basis in 2014. Five years is a long time. Two hundred posts later, I wanted to take a look back, to survey the landscape a little.

Looking back enables us to see signposts that God put along the way as touchstones for us to remember. It does three things for us.

It gives us satisfaction. Several years ago, when I was first starting my career, I got the chance to be part of a team for an environmental review project. Normally, this type of environmental review takes four years. We had two years to complete it. I won’t say it was easy, but we accomplished our goals. Then when the runway that was the object of the project opened, it was neat to look back and know I’d played a part in its construction.

It shows us we can overcome. We can look back and see the way God guided us through difficult circumstances. I have a friend of mine who’s several years younger than I. Her late teen years and twenties were marred with one difficulty after another. Sometimes, we were afraid she wouldn’t make it. But she has. While she still struggles at times, she is a new woman, a new creation who’s preparing to welcome a child into the world. She looks back and sees God's faithfulness in her life.

It helps us look forward. Our pasts create us and shape us. It makes us who we are, for better or worse. And, if we’re not careful, it can dictate our future. But if we are and let wisdom filter into our lives, then we can move forward in a positive direction. When I was single, I made the mistake of getting into credit card debt. It wasn’t bad like it can be, but it seemed like each time during those penny-pinching days when I tried to pay it off, something would happen, and I’d need to use credit. When I married, my beloved was willing to sacrifice some of his savings to free me from that and my student loans. Since then, I vowed to pay off our balances on our credit cards. And I have. I learned from my experience.

As for our Grand Canyon hike, we made it up by four that afternoon. Later, as I soaked my aching muscles in a hot bath, I realized we’d stopped several times for photos and simply gazing at God’s creation. It probably would have taken us four hours had we not stopped. But we gained so many memories along the way. Pictures. Unforgettable experiences, like with Henry the Squirrel. I’ll treasure those. And what did we do as we left the Grand Canyon? We headed to Disney World for the rest of our trip.

Looking back enables us to see signposts that God put along the way as touchstones for us to remember. #authenticity #encouragement Click To Tweet

Question: When you look back, what strikes you most about your past? 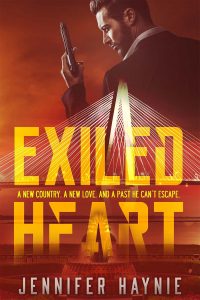