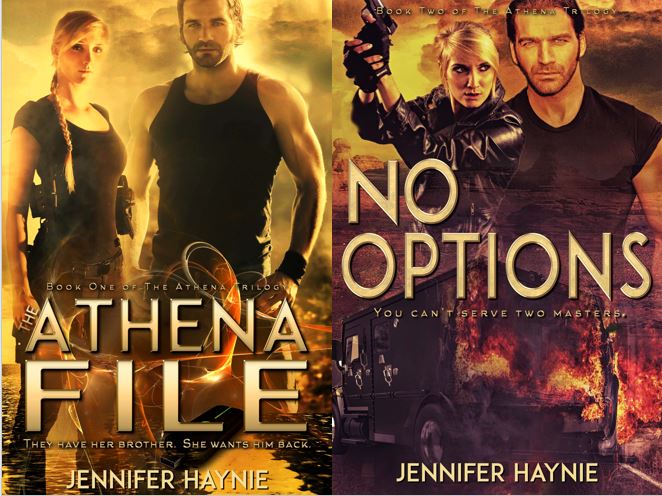 It’s hard to believe that

It's hard to believe No Options is my eighth novel. In each of my books, there are themes that emerge organically. As I write my characters’ stories, they evolve, and I tend to learn a lot from their trials and tribulations. So it is with these two books. When taken together, I can see how much David, Abigail, and Jonathan have grown and changed.

I’ll start with Jonathan. To say he suffers in The Athena File is an understatement. The Taliban murder his fiancée. Then he’s kidnapped and faces agony as he’s beaten during his time as a hostage. Then in No Options, we learn more about what happened years before when he was in Special Forces and lost ten of his best friends in the span of half an hour during a battle in Afghanistan that David dubbed The Incident. He almost lost David too. It broke him. Yet through it all, he hung in there. He took it day by day and leaned hard into God.

And David Shepherd. In The Athena File, David is someone who wears the scars of The Incident, where he suffered a massive injury along with the same losses as Jonathan. Spending two years homeless on the streets shortly afterward scarred him both physically and in the trust department. The only ones he trusts are his sister and family. He finds security in his hometown. Yet deep down, he knows he’s made for more. The events in The Athena File seem to transform him, yet as No Options begins, we find him back where he was, in his hometown, this time because of his lack of trust in God. In No Options, he has to reach out once more, to trust that God has his life in the palm of His hand.

And finally, let’s look at Abigail Ward. In her distant past, she too has suffered loss. And in The Athena File, she’s scared she’ll lose Jonathan, her one remaining family member. She also holds deep, abiding fears related to painkillers. David becomes her encourager, and she’s able to push past those. In No Options, she’s fallen prey to another one of her idols, her work—and the attention she garnered upon solving a highly visible case. Yet deep down, she desires a relationship with David, which is incompatible with her current work. As she goes through the events in No Options, she has to learn to trust God.

There’s a common theme here, one that many of us struggle with in one way, shape, or form. That is the issue of trust. Trust in people. Trust in God. Even trust in ourselves. As I write this post, we’re still in the middle of a stay-at-home order related to the COVID-19 pandemic. I’ve come right up against the issue of trust. Questions have flown through my mind. What’s going to happen next? What does the next week hold? The next month? Can I trust God through all of this?

I look back at Jonathan, David, and Abigail, and I think about the ways they had to trust. Each of them faced a time when their path was very uncertain. But they learned to lean into God. During his time after The Incident and then at the hands of the gunrunners, Jonathan had to learn to trust that God would see him through. David had to trust that God would take care of him and would provide for him, even in the midst of so much uncertainty that he fled to Burning Tree once more. And Abigail? As her options diminished related to her case and finally her career, she had to learn to trust that God knew what was best for her.

I too cling to Christ, to trust that He will provide for whatever needs I have and others have. And as I do so, I pray for my faith to grow and bear fruit.

During times of uncertainty, we need to remember to lean hard into God. #NoOptions #TheAthenaTrilogy #AmReading #Suspense Click To Tweet

Question: When you read a book, what lessons do you learn from the characters?