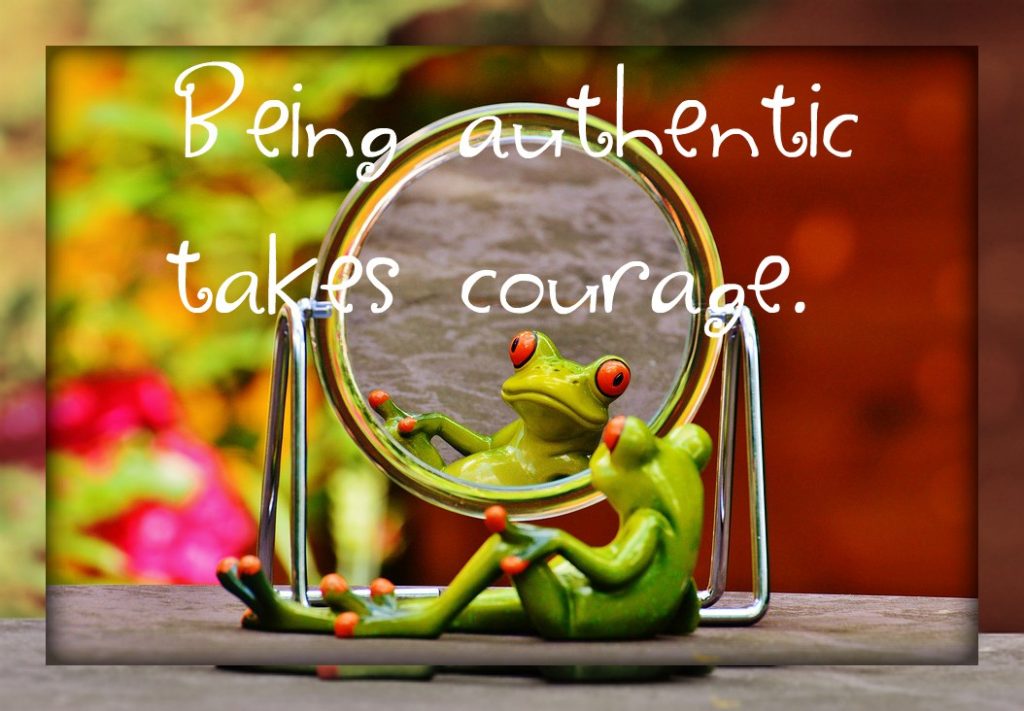 Years ago, when I was working in one of my jobs, a coworker from another office came down for the week. Dirk* was a fun guy to be around, very chatty and friendly. He came across as extremely flirtatious. And I responded because I assumed he was single. When I garnered the courage to inquire about his status with my boss, he started chuckling. “Dirk’s been married for years and has three children.”

Whaaat? Humiliation rolled over me. I’d flirted with a married man. Nothing had indicated his marital status. Not a ring on his hand, not his attitude. Nothing. On the heels of humiliation came anger. I felt taken advantage of in a big way. Why? The answer, especially now as I think about it years later, is easy.

He’d been inauthentic with me.

I could go with the dictionary version, but I won’t. Instead, I’ll give my own version. It’s living true to oneself. We want to know others as they really are. We want to be known as we really are.

Why do we need authenticity in others?

True authenticity builds trust. When we meet someone, we have an unwritten expectation that the person we meet and get to know as a coworker, friend, student, or pastor is the true person. It’s easy to see what happens if suddenly, we discover that they’re different than they’d presented themselves. Trust can get broken.

Sometimes, these differences are small and may not break that trust. As I’ve gotten to know Steve, my husband, over these seventeen-plus years we’ve been married, I’ve learned things about him that I hadn’t expected. Those have been small things that have helped me to get to know him better. But overall what I saw in him when we were dating has remained, especially in terms of his character and his faith. He’d been authentic with me throughout the years, which has made that trust strong.

Why do we need authenticity in ourselves?

Living an authentic life matters because others want to know our true selves, not some carefully coiffed, packaged version of us. When we start presenting ourselves differently, essentially living a lie, it becomes tiresome. We get worn out from the effort. And it puts us in bondage to a secret, that of not letting people see our true selves. That exhausts us even further and can rob us, bit by bit, of our souls.

I know that sometimes, situations may require inauthentic living. Someone may feel like their lifestyle needs to be kept hidden from others. But that comes at a price. Each day that we refuse to live authentically, we lose a piece of our souls.

How do we live authentically?

Sometimes, many times, being authentic takes courage. But with our courage to make that choice to live authentically comes freedom.

I don’t know what happened to Dirk in the end. However, I do know that when I saw him at the office after I transferred to his location, he didn’t hold my respect like he used to. Nor did I trust him. Instead, I've chosen to invest my trust in those who are true to themselves.

Question: When was a time when you realized you needed to live authentically?

*Name has been changed to protect the guilty.

2 thoughts on “Be True to Self”