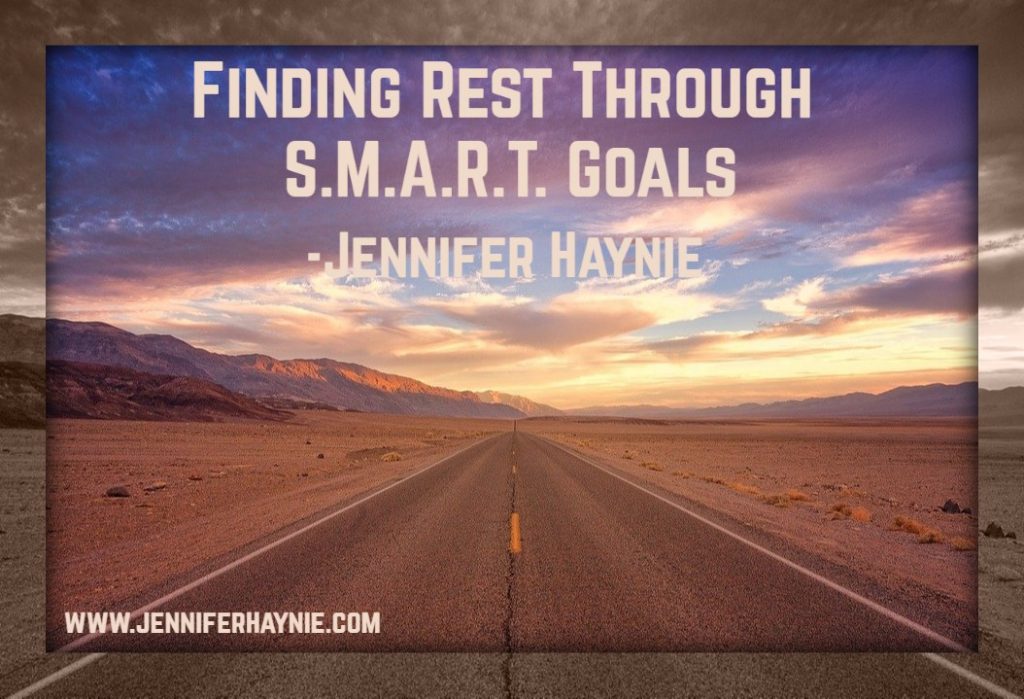 Consecrate the fiftieth year and proclaim liberty throughout the land to all its inhabitants. It shall be a jubilee for you.

We’re once more around to a New Year. I don’t know about you, but I was ready for 2021 to begin. 2021 not only is a fresh start for all of us, but for me, this year holds a particular significance. You see, it’s my jubilee year.

Jubilee harkens back to the days of ancient Israel. Written into the Levitical law, as shown above, was a law that after the forty-ninth year came the fiftieth year, a year of freedom when all property would revert back to the original clan and family owners and a year of rest for the ground.

My fiftieth year has arrived. As many of you know if you’ve followed this blog, my forty-ninth year was a tough one. I’m ready for a year of freedom and rest. And to celebrate, I’m not making resolutions but instead S.M.A.R.T.* goals.

Any of you in the workforce who have ever had a performance review have probably heard the term. I’m not sure who developed it, but probably some really smart person in HR who knew people needed to have a plan to meet their performance goals. Here’s what it means.

S is for specific. Goals should be defined as specifically as possible. This enables a well-laid plan to achieve them. For example, if I set a goal to lose weight, I wouldn’t say, “I want to lose weight.” Instead, I might say, “I want to lose twenty pounds by July 1 by eating better and exercising more.” That would then enable me to lay out steps to achieve that goal.

M is for measurable. Goals should be developed that can be tracked and measured. This keeps us motivated and enables us to track progress. If I used the example above, for each week I could track the amount of weight lost along with my caloric intake and exercise regimen.

A is for attainable. This is important because if a goal isn’t attainable (read, realistic), it won’t be possible to achieve. For instance, if I said I wanted to play for the WNBA, would that be a realistic and attainable goal for me? Nope. First, I’m too old. Second, I’m not skilled in basketball. A more attainable goal might be to hit a certain free throw average by the end of the year.

R is for relevant. Does this goal really matter and line up with other goals? One thing to consider is if it lines up with current life situations. For example, if a friend was a new mom who also has to care for her elderly parents, would getting a PhD at that point moment in her life be the best goal? Probably not. That doesn’t mean it might not be relevant later, just not now when she’s juggling tons of responsibilities.

T is for time-bound. For many of us, open-ended goals set us up for failure. It’s best to have a specific deadline in mind. Going back to the weight loss example, once all of the other four factors are considered, the deadline of July 1 gives a specific point in time to shoot for.

In my jubilee year, I hope to accomplish four goals, which I’ll share in the next few weeks. My hope is that during this special year, I can attain all four and in turn even feel true rest through them.

Question: What is a S.M.A.R.T. goal you might have?

*Many thanks to https://www.mindtools.com/pages/article/smart-goals.htm for describing S.M.A.R.T. goals.