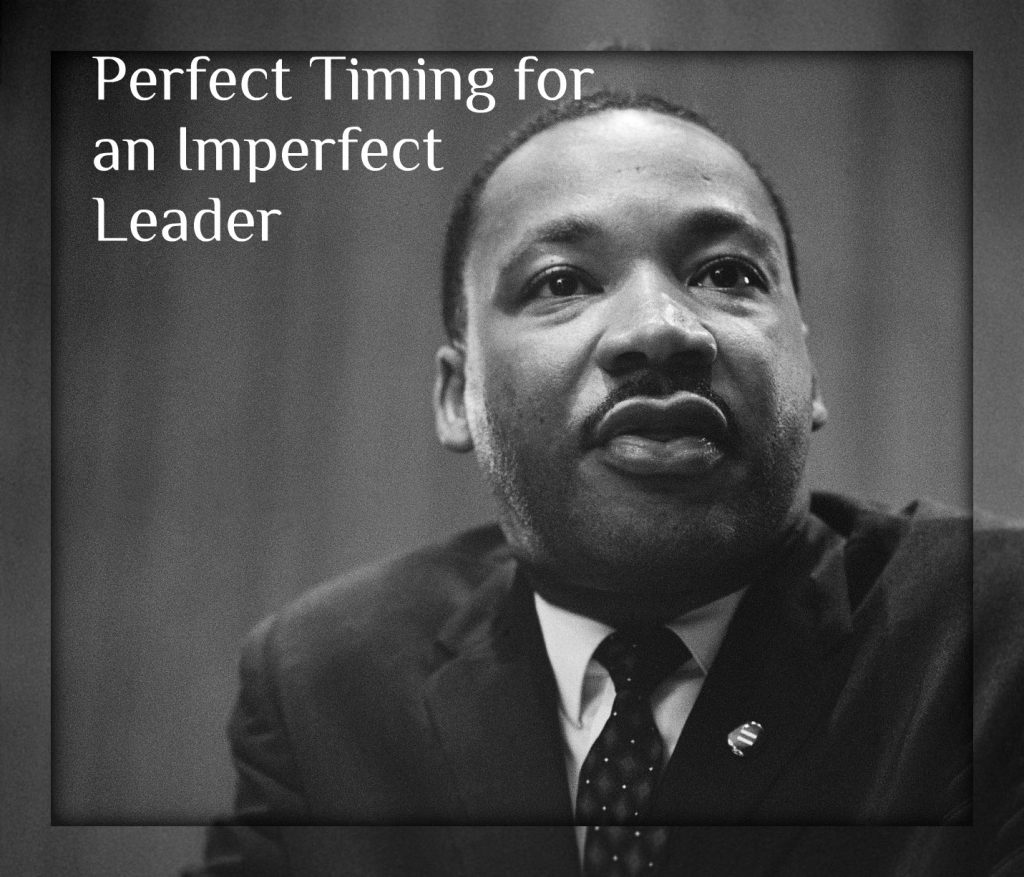 Today is Martin Luther King Day in the United States. It’s a time we set aside to remember the birth of the man who became the leader of the civil rights movement. Dr. King reminds me a lot of Moses. Both were imperfect men who God chose to lead at critical junctures in history. Both keenly felt their imperfections, yet both men relied on God to carry them through.

First, Moses. He was born into Egyptian slavery at a time when the Hebrew people were sorely oppressed. Oh, he knew his imperfections well. He ran away when his people needed him and became a shepherd. When God called him to return, it was oh, so reluctantly. Even then, he insisted that his brother Aaron speak for him. But he did return, this man who ran away to Midian. When he did so, he stepped squarely into God’s timing and changed the course of history.

What about Dr. King? Most likely, he never grew up wanting to lead a movement as great as the fight for civil rights. No, he wanted to be a pastor. I’m sure, as he completed his schooling and drew close to God, that he knew he was an imperfect man. If he didn’t know that when he started his schooling, I’m sure he learned it. When he did start pastoring a church, he too stepped squarely into God’s timing by leading the Montgomery Bus Boycott that started the civil rights movement. He served courageously until a bullet took his life in 1968. Change that began with him continues to this day.

Freedom came to the Hebrews thanks to an imperfect man who let God use him.  Civil rights made great strides thanks to a man willing to let God lead him. Though we may have a ways to go in terms of complete civil rights, God will continue to use imperfect men and women to His perfect purposes and glory.

Question: In what ways has Dr. King influenced you?